From zero to hero: The story of TPN told by Phil Kenyon who was instrumental in it all 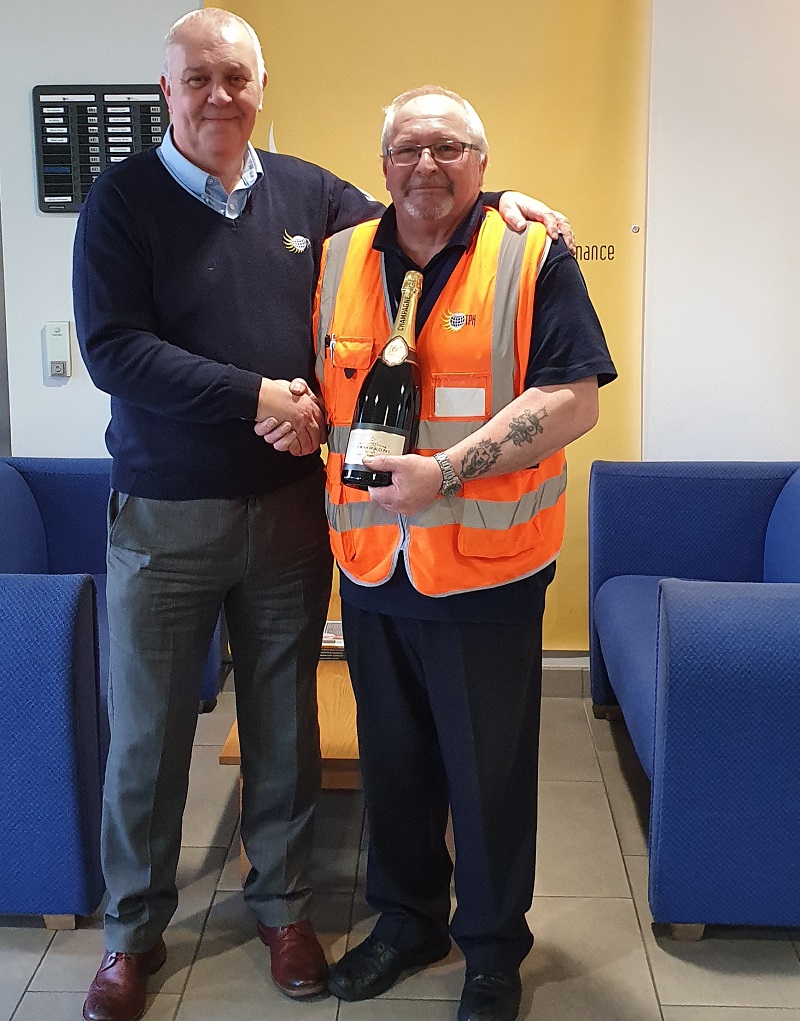 Phil Kenyon was an inaugural member of the THE Pallet Network team. As TPN celebrates its 20th birthday, Phil tells us the story of its creation and his immense pride at the first-rate network it has become.

TPN – THE Pallet Network was born in discussions between Richard Eldred, owner of TGS Freight, Jim Scanlan, then at the Fortec network, and Phil Kenyon, Eldred’s depot manager. They had a vision for a new, better network – but getting it off the ground wasn’t easy. Phil has worked at TPN ever since it first opened its doors and he remembers those early days with affection and an inordinate sense of pride at the network’s accomplishments.

Today TPN is the largest network by Member volume, has sector-leading IT and service levels, and is the current holder of the FTA/Multimodal Pallet Network of the Year title.

“The challenge in any successful start-up is to keep that initial culture of friendship, passion and the family feel of the organisation as it grows,” says Phil. “I feel a massive sense of achievement when I look at TPN today. We never imagined back in those days how large and successful the network would be, but I’m very pleased we have kept that culture of friendship, collaboration and family.”

Once he had conceived the idea for TPN, Scanlan parted company with Fortec but had golden handcuffs for four months, which temporarily prevented any further development. “I remember we had an old metal fire escape into the office, and it was a wet and blustery day,” says Phil. “Suddenly Jim bursts through the fire escape door, soaked and grinning. ‘I’m back,’ he said.”

It took two years from those initial scribblings on Phil’s deskpad to opening the doors on the first Hub. “It was an old aircraft hangar in Doncaster. One of the corrugated dome-shaped ones, full of potatoes. We heaved the potatoes out and we moved in.”

It wasn’t plain sailing. “Once we opened the doors everything went bad very quickly. We had beer money but wanted champagne systems. You could always tell a bad day with the banks when the financial director’s cigar would crumble to ash in a single inhalation.

“But we survived that first year. Jim was a great man – he could sell you stuff you already owned and you wouldn’t know it.”

Phil initially split his time between his ‘proper’ job as depot manager at TGS and setting up the IT systems for the new network. “It quickly became apparent that I couldn’t do both so I moved to TPN permanently. And I’ve been here ever since,” he says.

“We worked 20-hour days back then, doing every job that needed doing. I credit TPN with the loss of all my hair.”

TPN survived and became a solid mid-ranked network in a sector which was furiously signing up regional hauliers and dealing with double-digit growth.

But it became THE Pallet Network when former depot principal Mark Duggan took over in 2015. A comprehensive review of standards, protocols and infrastructure followed with an even better Membership proposition and a vision for transforming the business model. In the past five years TPN has surged to the front of the UK pallet network sector.

“I am still hardware manager at TPN,” says Phil. “In my head I know it’s no longer my company but, in my heart, it will always be my baby. I take great pride in seeing the first-class operation it is today.”

Phil still has strong relationships with the early Members, many of whom were celebrated recently at the largest ever Member Meeting at Villa Park. “I no longer take front line calls from Members but I’m still in touch with them all. They are long-standing friends. We achieved this together and those relationships will always be there.”

“I have never been someone who enjoys centre stage,” says Phil. “I sit in the background like a goalkeeper. But I’ve helped and guided and trained and, at one time or another, I’ve done every job in the business. I’ve helped move this company five or six times since that first aircraft hangar.”

“This network is wonderful,” says Phil. “I’m very lucky to have had such a rewarding and fulfilling career.”

TPN MD Mark Duggan says the network has also been very lucky to have Phil. “Phil has been a fixture of TPN throughout its life and he has been a huge asset to the network. It’s wonderful to still have a member of staff, as well as many depots, who lived all of TPN’s history and still care so much about its success.”

The post From zero to hero: The story of TPN told by Phil Kenyon who was instrumental in it all appeared first on The Pallet Network.

Looking for an Irish Depot?

Life begins at 30 for Ferryman

6th May, 2021
Gwent-based Ferryman celebrates its 30th birthday this year, and has bought a silver l...