Birmingham-based Neely Transport stepped up on behalf of TPN to help cancer charity, HelpHarryHelpOthers (HHHO) when it needed to transport an auctioned go-kart from Birmingham to Darlington.

The charity contacted Neelyâ€™s after its annual fund-raising ball to ask how much it would cost to send the go-kart to the winning bidder. Aware that any charge would come straight out of the money available to help cancer sufferers, Neelyâ€™s offered to move the go-kart free of charge and sent it through the TPN network with the message: â€œWhite glove service â€“ on us.â€

MD Clive Neely says he was only too happy to help the charity which funds research into cancer cures, helps families cope with the financial and practical challenges of the illness and funds end of life care. HelpHarry has supported 300 families since its inception in 2012 and given away over Â£700,000. It is also opening Birmingham’s only drop-in centre offering advice on benefitsÂ and other support services for those affected by cancer in the Birmingham area. 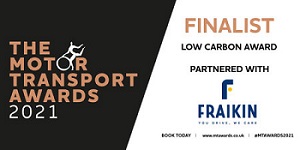